As Delta Covid Variant Spreads Across Bangladesh, Many Blame India For Their Plight

Sheikh Hasina’s government has received a lot of flak for solely depending on India for Covid-19 vaccines. 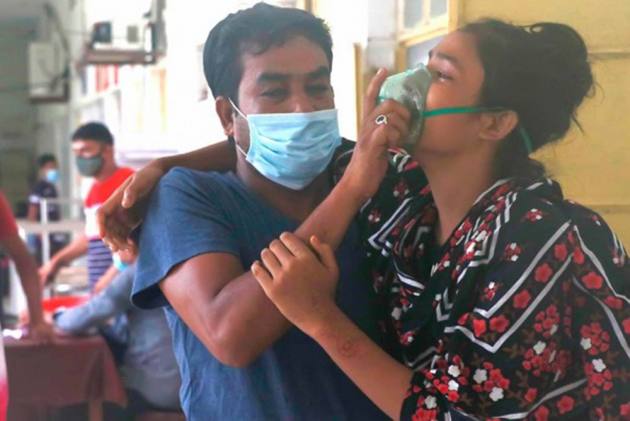 After India and Nepal now it is Bangladesh’s turn to reel under the onslaught of the Delta variant of Coronavirus. A country-wide lockdown was announced for a week beginning on the first of July. Many in Bangladesh blame India for their current plight. Sheikh Hasina’s government has also come in for flak for depending only on India for vaccines. According to this logic, if the Awami League government in Dhaka had not relied solely on India, the country would have been able to vaccinate the majority of its citizens by now. After all, they say Bangladesh’s vaccine program started early and if not for the halt in exports from India the situation would not have come to this.

What is irking ordinary Bangladeshis is the fact that Dhaka turned down China’s offer to supply free Sinopharm vaccines right at the start. Dhaka was under enormous pressure from New Delhi to turn down China’s offer as India was looking to provide the necessary doses. India and China had both launched aggressive vaccine diplomacy and were hoping to win friends across Asia and the world by providing scarce vaccine doses. This was the time when the developed world was supplying funds and ordering huge quantities of vaccines for their citizens. India as well as China and Russia came in for praise for their generosity. Relying on India, Bangladesh had turned down China’s offer for free vaccines. But when the second wave of the pandemic devastated India, the Narendra Modi government was in no position to export vaccines. So, when Dhaka turned to China again, Beijing insisted on payment. One dose cost Rs 10 Bangladeshi rupees, not a huge price but something which was on offer for free now had to be paid for. People are questioning the government’s wisdom in turning down the Chinese offer. Many of them believe that while good relations with India and its contribution to the Bangladesh freedom movement will forever be remembered with gratitude, it does not mean that Dhaka should take dictation from Delhi. After all, lives are at stake.

It is a fact that as soon as news of the Oxford-AstraZeneca vaccine was announced, Dhaka was on the ball. The Bangladesh government had signed a contract with Serum Institute of India (SII) in 2020 to buy 30 million doses of the vaccine. Payments had been made. Under the terms of the contract, Dhaka was to receive five million doses of Covishield vaccine per month, from January to June of this year. But SII could provide just seven million doses in the first two months. However, when exports were stopped, SII was in no position to supply to Dhaka. When the vaccine maitri program began, Bangladesh received two million doses of Covishield free of cost. It is one of the first countries to do so. India was to provide 30 million doses to Bangladesh. However, Delhi is in no position now to send vaccines anywhere considering it does not have enough for its own population at the moment.

Bangladesh has been scrambling ever since to procure vaccines. Last evening 2.5 million doses of the Moderna vaccines landed from the US in Dhaka. China has also been sending its share. Pfizer and Johnson and Johnson are also in line to provide vaccines to Dhaka.

Meanwhile, the government in Dhaka is struggling under the second wave of the pandemic. According to reports from Dhaka, 132 people died between Thursday and Friday, taking the death toll to 14,778. New infection numbers recorded during this period was 8,483. These are official figures of the Director General of Health Services (DGHS) which compiles country-wide figures.

Yet despite the surge, the Sheikh Hasina government has tackled the pandemic much better than neighbouring India. The horrendous scenes of patients gasping for breath in waiting ambulances has thankfully not happened in Bangladesh. Serious patients require high-flow uninterrupted oxygen support for the Delta variant, and as of now oxygen supply in most areas of the country are fine. However, reports of shortages have come in from a few areas. Reports of the death of 13 patients due to shortage of oxygen have come in from Bogura. But supplies are available in Dhaka and authorities are rushing high-flow oxygen cannulas to Bogura.

The demand for oxygen has shot up across Bangladesh government hospitals from a total of 100 tonnes a day to around 200 tonnes now. As of now there is no shortage of hospital beds in the country. Oxygen supplies are also in hand. But emergency supplies have been rushed.