Rozina Islam was arrested under the colonial-era Official Secrets Act. She had extensively reported on the Bangladesh government’s mismanagement of the Covid pandemic 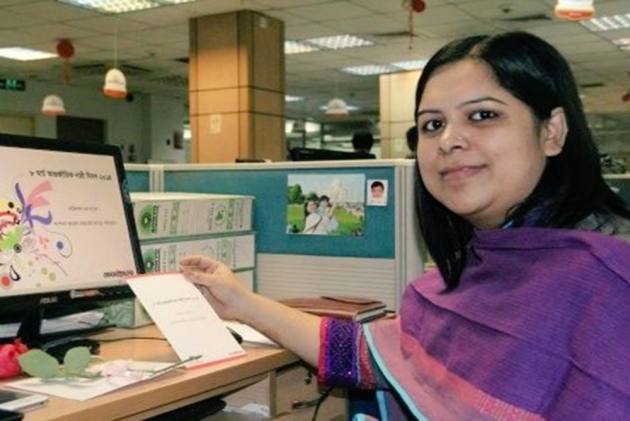 The arrest of journalist Rozina Islam for her hard-hitting stories on corruption in the health ministry in the middle of a raging pandemic once again highlights the Bangladesh government’s growing intolerance of criticism. Popular leaders who have a strong mass base are prone to take all criticism personally, as an affront to the leader, which is often not the case.

Rozina Islam, 42, of Prothom Alo, a well-known and respected Bengali daily, was detained on Monday when she arrived at the health ministry for a meeting with the Health Secretary at the Secretariat. Considering the ongoing health emergency, and problems Bangladesh is facing in its vaccination program, it was hardly surprising that she wanted to talk to the top official of the ministry. She was detained at the office of the secretary for nearly five hours before police were called in and she was arrested.

Rozina Islam had been reporting extensively on corruption and mismanagement of the Covid pandemic in Bangladesh. The Awami League government’s record on critics is dismal. Somehow the government cannot stomach the slightest of criticism. Independent Rights bodies like Human Rights Watch and Amnesty International, had over the years noted the government's increasing crackdown on dissent. This tendency had become more accentuated during the pandemic.

Rozina was arrested under the colonial-era Official Secrets Act, which was enacted by the British rulers in 1923. After independence, governments did not do away with this repressive act. Instead, it was used by successive governments in South Asia --- whether India, Pakistan or Bangladesh to intimidate critics. The law which all three former colonies retained empowers the government with wide-ranging powers to deal with sedition, espionage, and other threats to the integrity of the state. It allows for imprisonment up to 14-years. The Act can be easily manipulated to serve the interests of a government. That act has been abused over and over again by governments wishing to intimidate reporters out to investigate inconvenient stories.

Rozina had been charged with theft and photographing of sensitive state documents, said Harun-or-Rashid, an Additional Deputy Commissioner of Dhaka Metropolitan Police, according to agency reports from Dhaka.

She was produced before a court in Dhaka on Tuesday where police asked that she be remanded to their custody for five days for interrogation.

Journalists across Bangladesh protested the arbitrary arrest and called for her immediate release. “We are deeply alarmed that Bangladesh officials detained a journalist and filed a complaint under a draconian colonial-era law that carries ridiculously harsh penalties,” said Aliya Iftikhar, Committee to Protect Journalists said in a statement.