Efforts Under US President Joe Biden Administration To Partner With India

The president of US-India Business Council Nisha Desai Biswal said there's a real whole government effort on the US side on partnering with India. 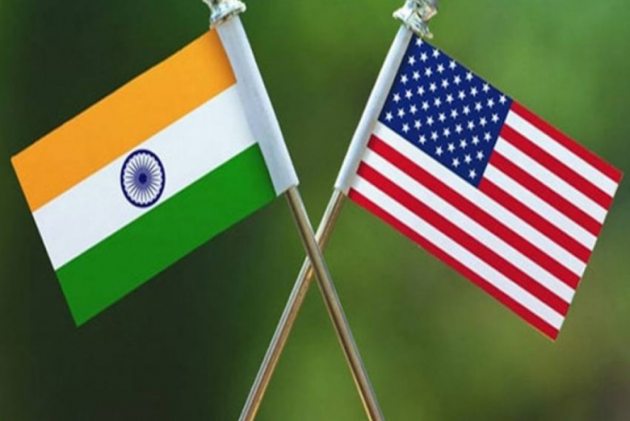 There is a "real whole government effort" to partner with India and to look at how the two democratic countries can usher in a greater opportunity in the future under the US President Joe Biden, said Nisha Desai Biswal, the president of US-India Business Council.

Biswal, who was an assistant secretary of state for Central Asia in the Obama administration, has said that US President Biden and Indian Prime Minister Narendra Modi are pragmatic leaders.

She said they see in each other the ability to advance key goals and priorities.

As the Assistant Secretary of State for Central Asia, Biswal had played a key role in the US visit of Prime Minister Modi in 2014.

"I think, the (Biden) administration is very eager,... there's a real whole government effort on the US side on partnering with India," she said, adding that Modi and Biden enjoy a very warm relationship.

They have met each other in the past. But later this week, it would be the first time that they would have their face-to-face meeting at the White House.

PM Modi will travel to the US this week to participate in the first in-person Quad summit that is expected to broadly focus on contemporary global challenges, including the Afghan crisis, the Covid pandemic and ensuring a free and open Indo-Pacific.

In Washington, Modi is expected to hold separate bilateral talks with President Biden and Australian Prime Minister Scott Morrison. The Modi-Biden bilateral meeting is expected to take place at the White House on September 23.

"I think they (Biden and Modi) have a warm relationship... But they're also both extremely pragmatic leaders who have very ambitious agendas and I think that they see in each other the ability to advance key goals and priorities as well," Biswal said.

The head of the US India Business Council and the senior vice president for South Asia at the powerful United States Chamber of Commerce, Biswal said in recent weeks there has been a slew of visits from the US to India.

Prominent among these include the visit of Special Envoy on Climate Change John Kerry and the Deputy Energy Secretary and the reported visit of the CIA director. Several top-level UD military officials have also made trips to India in recent weeks.

The PM's visit, she observed, is coming at a really important time when the US and India, and certainly all the QUAD nations have so much to discuss.

"Certainly we see that while there has been strong collaboration on the pandemic and particularly in responding to the surge that India experienced earlier this year, there is a lot of concern about how the pandemic is manifesting in the global community, with a Delta variant and a possibility of other new variants," Biswal said.

"I think that both in the bilateral meetings, in the Quad meetings and in the convenings that are planned on the margins of UNGA, the ongoing pandemic is going to be a very key aspect. So I suspect that that's going to be a major area of focus."

Climate collaboration between the US and India is going to be another area of deep focus for both countries, she said, adding that India has expressed a real interest in different aspects like green hydrogen on e-mobility and on making supply chains greener.

"These are the things we at the US-India Business Council at the US Chamber are very supportive of as we think about the different new technology opportunities and the ability to help attract additional financing and investment into India's clean infrastructure initiatives," Biswal said.

The things that are most looked forward to and are hopeful on the bilateral side is really on how Modi and Biden may engage on economic and trade partnership, she claimed.

"Our collaboration across a whole spectrum of endeavours has become a high priority, whether it's on education and scientific research, or on looking at emerging areas of security, including cyber, that the US and India are increasingly converging in their perspective," Biswal said.

Observing that it is important to find ways to converge trade and economic policies of the US and India, Biswal said PM Modi has taken some "very big steps recently", including that on retrospective taxation, and those have been "incredibly well-received" by the business and investor community.

"But the United States and India do not have any kind of a structure, trade agreement, treaty or real architecture in place. We need to think about how we deepen and converge our economies and deepen our economic partnership," she said.

Biswal said, "I'm hearing much more of a bullish stance from the Indian government on its desire to explore a deeper trade partnership with the United States. There's an openness to exploring an FTA, or some kind of a focused trade agreement. That is fantastic."

She hoped that the two leaders would seize the opportunity to put both nations on track toward a more robust partnership.

"When you look at new economic opportunities in emerging technology, digital economy, clean technology, supporting a manufacturing and supply chain ecosystem in India, I think now is the time to invest effort into moving this. The business community is very bullish on India and on the prospect of achieving some really big things with India," Biswal said. (With PTI inputs)