Explained: Why NASA’s Missions To Venus By 2030 Are Important

This marks a considerable change in direction for NASA’s planetary science division, which hasn’t sent a mission to the planet since 1990. 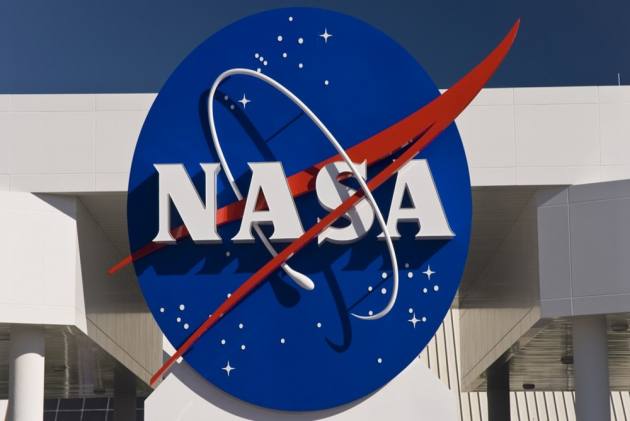 After neglecting Venus for almost three decades, NASA is heading back to the planet — and in a big way.

On June 2, NASA administrator Bill Nelson announced that the agency would send two new missions to Earth’s inner neighbour by 2030. One of them, DAVINCI+, is an atmospheric probe that will free fall to Venus’ surface, sampling its acidic clouds and snapping closeups of its terrain. The other, VERITAS, will study the planet from orbit with state-of-the-art radar and imaging instruments.

This marks a considerable change in direction for NASA’s planetary science division, which hasn’t sent a mission to the planet since 1990.

Venus is a hostile world. Its atmosphere contains sulphuric acid and the surface temperatures is hot enough to melt lead. But it has not always been this way. It is thought Venus started out very similar to the Earth.

While on Earth, carbon is mainly trapped in rocks, on Venus it has escaped into the atmosphere – making it roughly 96 per cent carbon dioxide. This has led to a runaway greenhouse effect, pushing surface temperatures up to 750 kelvin (470 degree Celsius or 900 degree Fahrenheit).

The planet’s history makes it an excellent place to study the greenhouse effect and to learn how to manage it on Earth. We can use models which plot the atmospheric extremes of Venus, and compare the results to what we see back home.

But, the extreme surface conditions are one of the reasons planetary exploration missions have avoided Venus. The high temperature means a very high pressure of 90 bars (equivalent to roughly one kilometre underwater) which is enough to instantly crush most planetary landers. It might not come as a surprise, then, that missions to Venus haven’t always gone to plan.

Most of the exploration done so far was carried out by the then Soviet Union between the 1960s and the 1980s. There are some notable exceptions, such as Nasa’s Pioneer Venus mission in 1972 and the European Space Agency’s Venus Express mission in 2006.

The first landing happened in 1970, when the Soviet Union’s Venera 7 crashed due to the parachute melting. But it managed to transmit 20 minutes of data back to Earth. The first surface images were taken by Venera 9, followed by Veneras 10, 13 and 14.

The first of the two selected Nasa missions will be known as Davinci+ (a shortening of Deep Atmosphere of Venus Investigations of Noble Gases, Chemistry and Imaging). It includes a descent probe, meaning it will be dropped through the atmosphere, taking measurements as it goes. The descent has three stages with the first investigating the entire atmosphere.

The probe will be looking at the composition of the atmosphere in detail, providing information on each layer as it falls. We know sulphuric acid is confined to cloud layers at around 50km (30 miles) up, and we know that the atmosphere is 97 per cent carbon dioxide.

But studying trace elements can provide information on how the atmosphere ended up in this state. The second stage will be looking at lower altitudes to measure weather properties such as wind speed, temperature and pressure in detail.

The last stage take surface images in high resolution. While this is very common for Mars, it has always been a challenge on Venus. The thick cloud layer means visible light is reflected, so observing from Earth or from orbit isn’t practical. The intense surface conditions also mean rovers are impractical. One suggestion has been a balloon mission.

We have a low resolution image of the surface of Venus, thanks to Nasa’s Magellan mission in 1990, which mapped the surface using radar. The Davinci probe will take surface images using infrared light during its descent. These pictures will not only allow better planning for future missions but also help scientists investigate how the surface formed.

The second mission is called Veritas, short for Venus Emissivity, Radio science, InSAR, Topography and Spectroscopy. This will be a more standard planetary mission. The orbiter will carry two instruments on board to map the surface, complementing the detailed infrared observations from Davinci.

The first of these is a camera that observes in a range of wavelengths. It can see through the Venusian clouds, to investigate atmospheric and ground composition.

This task is very difficult, as the surface temperature causes the reflected light to have a very broad range of wavelengths. Veritas will compensate for this using techniques often used to study the atmospheres of exoplanets.

The wavelength camera will also look for signs of water vapour. The Venus Express mission showed that the main elements escaping the Venusian atmosphere are hydrogen and oxygen, so if there’s any water it will be in tiny amounts, or deep under the surface.

The second instrument is a radar and utilises a technique used extensively on Earth observation satellites. A very large active radio receiver – important for high resolution images – is simulated using radio pulses pointed at different angles in front of the spacecraft.

The high resolution radar images will create a more detailed map to investigate the surface evolution of Venus, as well as determine if there is any tectonic or volcanic activity.

These missions could also add evidence to a theory that the Venusian surface completely melted and reformed 500 million years ago. This came about to explain the lack of meteorite impacts on the surface, but so far no evidence has been found a volcanic lava layer which would result from such resurfacing.

It is exciting that Nasa has turned its planetary mission view towards Venus. For any budding astronauts I’m afraid the chance of sending a human there any time soon is non-existent. But, the information that can be gained from Earth’s largely forgotten sister will be of very high value for understanding our world.