Explained: Here’s What Caused The Engine Of United Airlines Flight 328 To Explode Mid-Air

United States: One of the engines of a Boeing 777 bound for Hawaii blew apart minutes after take-off from Denver International Airport on Sunday, forcing the plane to make an emergency landing 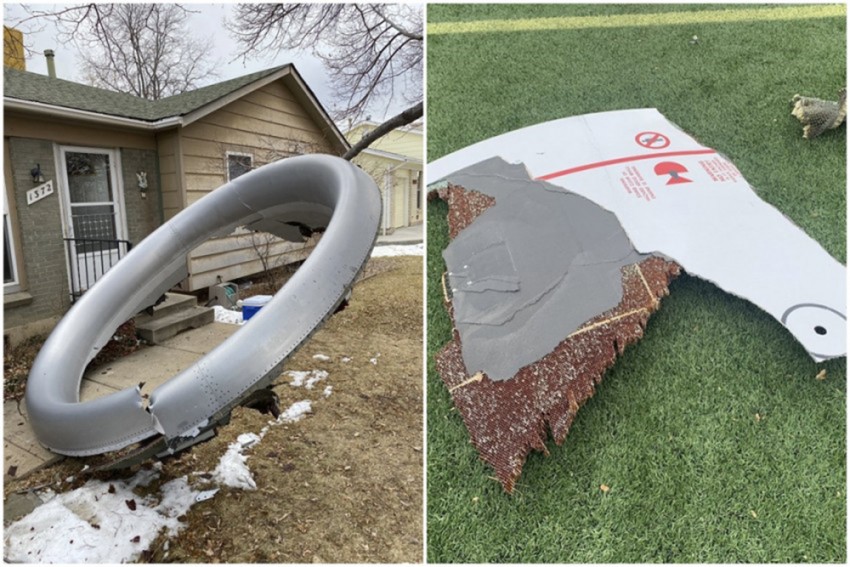 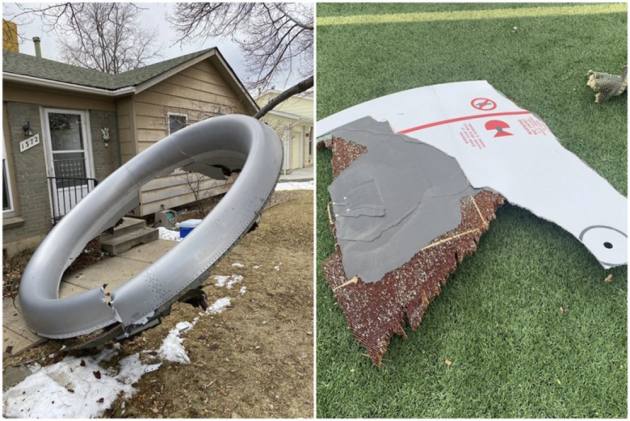 Authorities investigating the engine explosion onboard United Airlines Flight 328 are focusing on a fan blade that appeared to be weakened by wear and tear, a development reminiscent of a fatal failure on board another plane in 2018.

United Airlines Flight 328 made an emergency landing in Denver on Sunday after one of its engines exploded mid-air. Passengers captured video of the crippled engine, wobbling and still on fire, as pilots made a safe return to the Denver airport minutes after the plane bound for Hawaii took off.

Investigators said late Monday that two fan blades in the Pratt & Whitney engine broke off and one of them showed signs of metal fatigue, or hairline cracks from the stress of wear and tear. They believe the weakened blade broke off first, then chipped off half of an adjacent blade.

Robert Sumwalt, chairman of the National Transportation Safety Board, said the agency's investigators will examine maintenance records for the engine and fan blades. He said fan blade pieces — including one found on a soccer field in a Denver suburb — will be examined Tuesday in a Pratt & Whitney laboratory.

Federal Aviation Administration head Stephen Dickson said inspectors quickly determined that inspections should be done more frequently for the type of hollow fan blades in certain Pratt & Whitney engines that are used on some Boeing 777s.

As a result, 69 planes and another 59 in storage were grounded in the U.S., Japan and South Korea, the only countries with planes using this particular engine. United, the only U.S. carrier with affected planes, said it grounded 24 Boeing 777s and 28 others will remain parked. Japanese regulators ordered Japan Airlines and All Nippon Airways to ground 32 planes, and South Korea's Korean Air and Asiana Airlines said Monday they will ground their Boeing 777s.

What Are Investigators Looking into?

Safety experts said the investigation will focus on why the fan blades snapped — whether mistakes were made in manufacturing or maintenance or if problems were missed during inspections — and whether blade inspections need to be done differently or more often. They will compare Saturday's incident with similar ones in December in Japan and in 2018 on another United flight to Hawaii.

Investigators will also look at why the cowling, which covers the front of the engine, broke off along with other parts. Photos showed a large gash in the fairing, a piece of composite material that makes planes more aerodynamic by smoothing out joints where the body meets the wings.

“That was a substantial hit,” said John Goglia, a former member of the National Transportation Safety Board, which is investigating Saturday's incident. “If that had hit the wing, things might have been different because the wing is full of fuel” and the broken engine was still on fire.

Sumwalt said, however, that “there was no structural damage” to the plane.

Another concern: The engine remained on fire even after pilots presumably shut off its fuel supply. That could indicate a fuel leak, said Todd Curtis, a former Boeing engineer and now a safety consultant.

How Much Danger were passengers in?

Safety experts were alarmed because debris blew off the disintegrating engine, creating shrapnel that can damage key systems like hydraulic lines or hit the passenger cabin.

The last accident-related death on a U.S. airline flight occurred in 2018, when a broken fan blade triggered an engine breakup on a Southwest Airlines Boeing 737. Part of the engine housing struck and broke a window. The passenger in the window seat was blown halfway outside and died of her injuries. That engine was made by a different company, CFM International, a joint venture of General Electric and France's Safran S.A.

On Saturday, none of the 231 passengers or 10 crew members were hurt.

Were similar incidents reported before?

Hours before the Denver flight, a Boeing 747 cargo plane in the Netherlands suffered an engine failure that resulted in engine parts falling to the ground. Although the plane has Pratt & Whitney engines, they are different from those on some Boeing 777s, and nothing yet shows any similarity to the problem on the United plane, said Janet Northcote, a spokeswoman for the European Aviation Safety Agency.

Other mishaps appear to be closely related to the Denver incident, however.

In December, a Japan Airlines Boeing 777 with the same series Pratt & Whitney engines suffered fan blade damage and lost a large panel but was able to land safely.