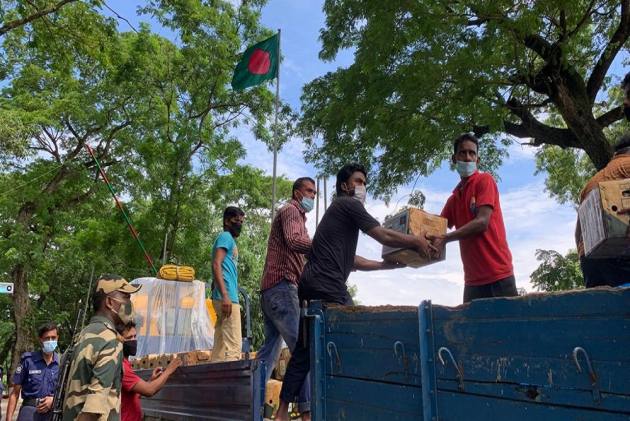 “As a token of respect and courtesy the Chief Minister of Tripura Biplab Kumar Deb is sending 400 pieces of Kew pineapples to the Prime Minister of Bangladesh,” said Dr Phani Bhusan Jamatia, Director of Tripura government’s Horticulture and Soil Conservation department that had arranged the fruits from two spots - Kumarghat and Ompi. 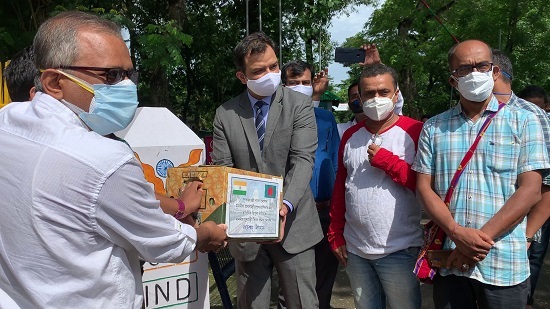 Speaking to reporters, Second Secretary Jha said, “On behalf of the High Commission of India we thank the Tripura government and the Chief Minister for this goodwill gesture towards Bangladesh and Prime Minister Sheikh Hasina. This will cement our friendship and long-standing ties with the Bangladesh government.”

He added, “Our relationship has always been good and the Bangladesh PM has also sent mangoes and we hope that our friendship will continue on this trajectory.”

The annual trade between Tripura and Bangladesh has been around Rs 600 crores and in favour of the later but as the Agartala-Akhaura ICP was hardly closed business has not been much affected due to Covid-19 pandemic that ravaged both the nations.

Meanwhile, T K Chakma, Director of Industries and Tourism department of Tripura government expressed that Tripura and Bangladesh have a strong relationship and there is a huge scope for further enhancement of import-export trade and in the medical tourism sector.

Recently, Bangladesh has allowed Tripura to use its ports including the Chittagong sea port to transport goods in and out of the region and a bridge has been constructed over river Feni to connect the port. Moreover, a rail line is also under construction to connect Tripura's capital Agartala to Akhaura rail junction in Bangladesh to further improve the trade and connectivity between India and Bangladesh.