The opposition stands convinced as it plans to come together to oust Khan. There is much churning going on in political circles in Pakistan as the opposition scents a possible victory. Nothing is clear at the moment. 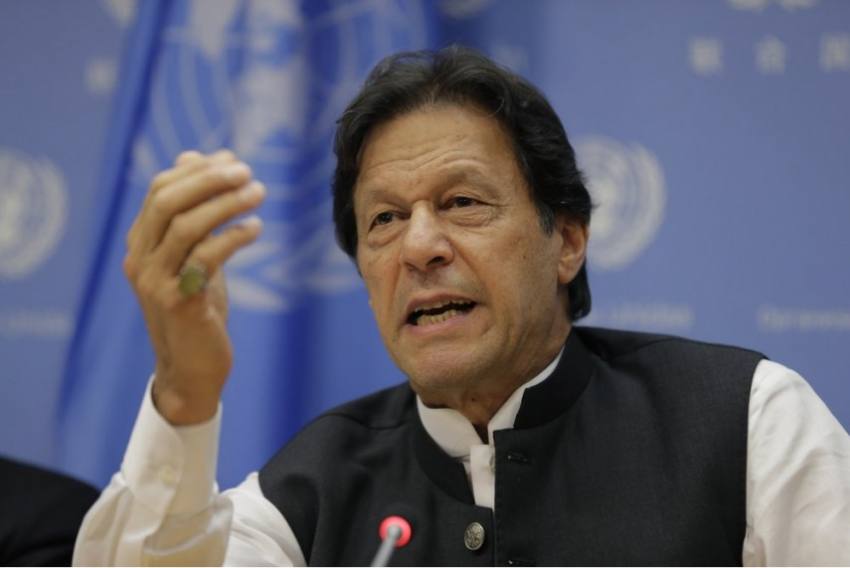 Lt General Faiz Hameed, Pakistan’s powerful spy chief is in the eye of a storm. In an unprecedented move the opposition alliance, Pakistan Democratic Movement, demanded the resignation of the Inter-Services Intelligence (ISI) chief at a public rally in Punjab’s Faisalabad town.

Slogans were raised for his resignation at the meeting, something unheard of in Pakistan where the men in uniform have invariably called the shots. They have dismissed elected governments, replaced them with those they see as more inclined to do their bidding.

Is Imran Khan - the chosen and installed in power by the army - now at loggerheads with General Headquarters of Pakistan? The opposition stands convinced as it plans to come together to oust Khan. There is much churning going on in political circles in Pakistan as the opposition scents a possible victory. Nothing is clear at the moment.

Leader of Pakistan’s Muslim League, Nawaz Sharif dared to take on the army. His initial political career began under military dictator Zia-Ul Haq. Subsequently, Nawaz Sharif became his own man and had staunchly opposed army interference in civilian matters. Sharif was never allowed by Rawalpindi to finish a term in office. It is well-known that the army had a major role in removing Nawaz Sharif from office and getting Imran Khan elected as prime minister in the 2018 parliamentary elections. Sharif and his daughter Maryam have always maintained that the army plotted with Imran Khan to get Nawaz Sharif out of office.

The current complications date back to a series of high-level military transfers announced by the Inter-Services Public Relations (ISPR) on October 6. Among other developments, ISI top boss Faiz Hameed was to be replaced by Lt Gen Nadeem Ahmad Anjum. The general practice in Pakistan has that the country’s Prime Minister gets to choose among three names put forth by the Army chief. This is per a common tradition and not an institutional procedure. It is for the first time that a civilian government (spearheaded by Imran Khan) and the military leadership are not on the same page. Khan has suddenly woken up to the fact that he is a democratically elected leader and the choice of Director General is his prerogative. There were statements from ruling party ministers that the Prime Minister has the last word on the appointment of the spy chief.

There was a flurry of meetings between army chief General Qamar Javed Bajwa and the PM over the issue. Yet so far Imran Khan has refused to notify the transfers leading to speculations about a tug of war between the civilian government and the GHQ. In the past, all such cases were adjudged in favour of the army.

Imran Khan’s insistence that Faiz Hameed remains as spy chief is not surprising, considering that he was ISI’s top gun who helped Khan achieve his prime ministerial ambitions. Hameed stayed mostly behind the scenes. He played a major role in getting Sharif out of office. The idea here would be to help Hameed remain in office so Khan can navigate the political quagmire triggered by rising prices, bad governance and more vocal opposition. Publicly the excuse for retaining Hameed is the crisis in Afghanistan.

Therefore, it comes off as no surprise that Maryam Sharif had filed a petition in which she indirectly dragged in Hameed. Seeking an annulment of the verdict against her and her father in a corruption case, Maryam declared in her new application that she was providing some extremely relevant information to the Court. She attached the speech made by a former Islamabad High Court judge, Shaukat Aziz Siddiqui where he claimed that the ISI was involved in manipulating judicial proceedings. The judge had claimed that the ISI was involved in trying to convict Nawaz Sharif.

Hameed’s transfer as commander of XI Corps at Peshawar is to help him to become army chief when the position comes up. Experience in commanding a corps is a must for becoming Pakistan’s army chief. But Khan wants him to remain and has so far refused to notify the transfers announced by the GHQ.

The new spy chief Nadeem Anjum is said to be close to Bajwa but is not Khan’s preference. Pakistan’s daily publication, Dawn recent editorial read, "Not many will be taken in by  Khan’s contention that he wanted the same DG ISI to remain in office because of the Afghan situation. It is worth asking why a prime minister who claims to be elected by millions of his countrymen and women believes his destiny and that of his government are so closely linked with a single individual.’’ That is precisely what the opposition wants to know.