Taliban Claim Arrest Of 4 IS Members

Taliban spokesperson Zabihullah Mujahid said the operation was carried out Tuesday night by special unit forces in the Pashai area of Pagham district in Kabul province. 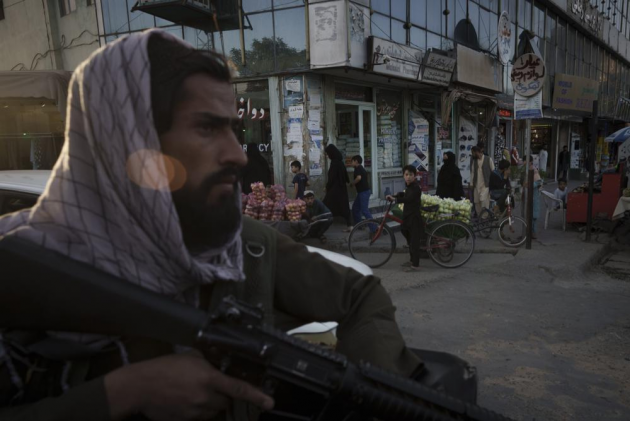 Zabihullah Mujahid said the operation was carried out Tuesday night by special unit forces in the Pashai area of Pagham district in Kabul province. He provided no additional details.

The arrests came as the Taliban leadership, which assumed control of the country after seizing the capital on Aug. 15, grapples with a growing security threat from the group known as Islamic State Khorasan, an IS affiliate.

The extremist group has ramped up attacks since the Taliban consolidated power following the U.S. exit. It has claimed responsibility for attacks including two deadly bombings in the capital in the last month.

IS claimed it targeted Tuesday night a vehicle carrying Taliban members with an explosive device in District 1 in Kunar province, northeast of the capital, killing and wounding those onboard. It said a Taliban reinforcement patrol rushed to the area to help but IS fighters clashed with them, killing and wounding “many."

IS re-emerged in Afghanistan in 2020 after being weakened by a heavy U.S. bombing campaign directed against them in the eastern part of the country in 2019. The group claimed responsibility for Sunday's bombing at Kabul's Eid Gah Mosque which killed five civilians. It has also claimed responsibility for the horrific bombing on Aug. 26 that killed more than 169 Afghans and 13 U.S. military personnel outside the Kabul airport.

The Taliban have since launched many raids to root out IS cells.

They spoke on condition of anonymity due to the sensitive nature of the subject.

Jalalabad has emerged as a flashpoint in the rivalry between the Taliban and IS, with numerous attacks taking place there since the takeover. (AP)